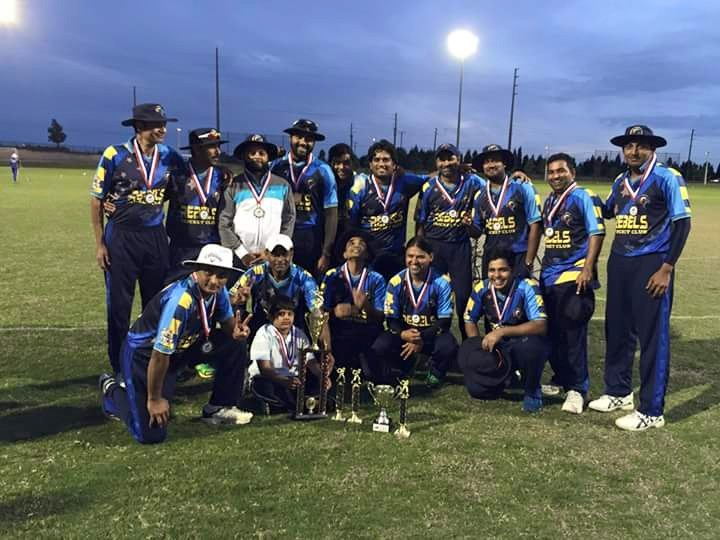 In a low scoring affair, a surprise for PCG as the outfield is lightning quick; the Rebels batted first and scored 118 in 19.5 overs. Rebels top scorers were raising star Vignesh Rg 30, Tejas Mayor 28 and Sohil Merchant 26 while on the bowling side, Poinciana was led by skipper Valmiki Ramlal 2/15, Anil Deopersaud 2/16 and breakout star Leslie Hedo 3/6 in 1.3 overs!

In reply, Poinciana were cruising and looked like the championship was theirs to raise with a score of 77 for 1 in 14 overs, but as Lee Corso would say, “not so fast, my friend”! Even with a number of big bombers in Poinciana’s bay, the Rebels tightened the screws with the ever experienced Sai Ramesh who got the vital break through with Leslie Hedo’s scalp. The loss of Leslie and subsequent quick wicket of perennial power hitter Michael Springer started bails flying to much dismay of the Poinciana partial crowd.

In total, Poinciana experienced 4 run outs and in the end the pressure that was created by the constant loss of wickets along with tight spells from the Rebels arm rollers limited Poinciana to 106 for 8. The championship was in the Rebels hands for the second time and it seemed even much more sweeter as they have regrouped with new raising stars! As for the Poinciana innings, it was led by Lesle Hedo’s 38, and Brudy Barrington’s 20 which gave Poinciana a fantastic base at 42 for 1. The bowling charge was led by Vignesh Rg 1/16, Sai Ramesh 2/14 in 3 overs and capped off by Rebels Skipper Taimoor Gillani’s 1/2 in the 20th over.

The FCC would like to congratulate the Rebels for their 2nd championship and Poinciana for a memorable run in their inaugural season! Vignesh Rg was the Man of the Match for the Finals!!
In the 3rd/4th match Orlando CC defeated Warriors CC; the FCC congratulates all 4 teams on successful seasons as all 4 of the teams would be considered the favorites for the Winter Big Blast T30 starting December 6th!! 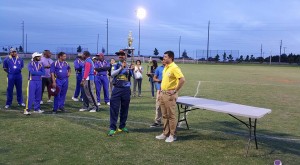