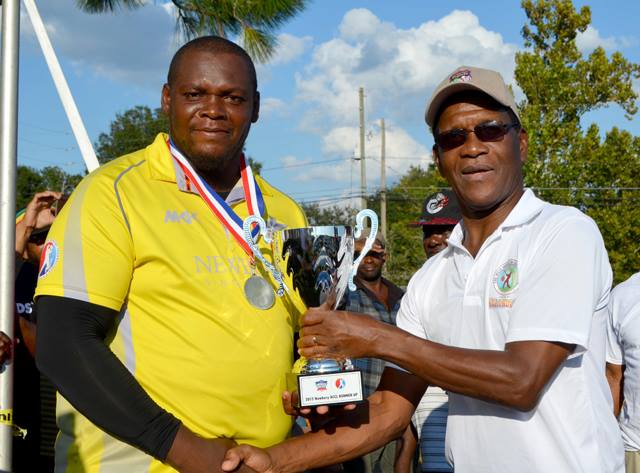 It was a much-anticipated contest that lived up to its expectations, with the Patriots upsetting the reigning champion Florida All Stars. It was the icing on the cake of a terrific weekend of cricketing activities on and off the field. With five former West Indies Test stars in attendance, the 2015 edition of the ACF’s national cricket league championship elevated the status of national cricket tournaments in the USA.

Not only did Michael Holding, Alvin Kallicharran, Lawrence Rowe, Colin Croft and Faoud Bacchus were in attendance at the championship final, but the quintet attended the Tournament Banquet the preceding night at the Holiday Inn across from Universal Studios. The five former West Indies Test stars participated in an interactive panel discussion that was very engaging, answering questions from the dinner guests, while reflecting on their own careers, domestic and international cricket and supporting ACF’s way forward for cricket in America. The hour-long session was quite humorous at times and filled with wonderful anecdotes, as the legendary two former Test fast bowlers and three former Test batsmen opened up in very candid ways on how they thought international cricket should be governed.

In reflecting on the presence of the five West Indies cricket legends, the Washington Eagles’ Richardson Sacrias added, “…we were blessed and honored to be in the presence of some of the greatest cricketers the game has seen in Alvin Kallicharran, Michael Holding, Colin Croft, Lawrence Rowe and Faoud Bacchus. The fact that they were among us sharing their experiences, answering questions and watching us play is enough evidence that ACF is heading in the right direction with a very bright future. The Tournament was absolutely fantastic with great hospitality. Yes, it could have been better for our Washington Eagles, had we won the championship, but none the less we enjoyed being part of a successful tournament and are eagerly looking forward to coming back next year!”

More than 200 guests, including the five Test cricket legends, local politicians, businessmen, and ACF board members, attended the Banquet Dinner. Now in its fourth year, the ACF Newbery American Cricket Champions League has grown from four divisional contenders to eight divisional contenders. The Florida Cricket Conference did a fantastic job organizing the logistics for the Orlando, Florida Fall classic, with the winner expected to meet the top Canadian league team in Spring 2016, in Arizona.

Michael Holding, commenting on the weekend’s activities said, “What I liked about the entire event was that I heard no grumbling. Usually these sorts of events always have folk that are disgruntled about something. Whether it’s with the management of the event, the management of their own team and affairs, or with the team’s logistics, but I didn’t hear any of that.” The 249 Test wicket taker added, “The presentation function seemed to go without a hitch, and the recipients seemed quite proud about their achievements. Again, usually at these functions a lot of folk don’t bother to turn up if they think they won’t be among the prizewinners but there was a good turnout, which implies to me that the players were happy with how things went. I think all in all it was a good weekend.”

All of the participating teams were decked out in Newbery sponsored American Cricket Champions League uniforms. The UK based cricket equipment company also provided a complete cricket kit to tournament MVP Waqas Shahid of the Philadelphia Tigers. Other sponsors of this year’s tournament included Proven, who supplied the match balls. Shastha Foods sponsored the final’s Best Batsman award to Massachusetts Patriots’ Fazzal Aalam, and XCorp Systems sponsored the Best Young Player award to Syed Hussain Sreejon of the NYBCL Jets, for a fine all round performance during the regular season. Dr. Mahesh Allam sponsored other individual performance awards.

The participating teams were very complimentary in their praise of ACF and the tournament organizers, for a well-executed tournament. Captain of the 2015 runner-up Florida All Stars’ Oneil Hylton, said, “The tournament was an awesome experience, it was more competitive than I expected. This is my second year playing in the tournament and it’s something I look forward to every year. It’s a well-organized tournament. Thanks to ACF, Newbery, and FCC for the opportunity, and to the players for their support.”

Jaideep Reddy, captain of the victorious Massachusetts Patriots said, “The Massachusetts State Cricket League was one of the first leagues to announce its affiliation and partnership with the ACF, and this has been our fourth national participation. We are proud of our relationship with the ACF and the fact that we have participated in every national tournament with the same enthusiasm, excitement and energy, and to finally win it is an exhilarating feeling, and we feel like we deserve it after years of hard work, experiencing ups and downs and following the right processes. I would like to congratulate ACF, Newbery and FCC for organizing and successfully conducting this tournament. Their attention to detail, their passion and continued support for the sport is tremendous. Great Job! Two Thumbs up!!!”

North Florida Cricket League Thunder’s Vijay Panneerselvan, in reflecting on the tournament and banquet, said, “The NACCL tournament in Orlando over the Columbus Day Weekend was remarkable and inspiring in more ways than one, as the experience and quality of the ACF NACCL matches and the banquet have been getting increasingly better each year. Hope we make another great stride forward next year.”

In lending his voice to the comments on the NACCL 2015 tournament, Waqas Shahid, captain of the Philadelphia Tigers and tournament MVP, said, “Congratulations to the ACF for completing a very successful tournament. The Greater Philadelphia Cricket League is honored to play in such a well-organized National tournament. The only real National league that is run with a proper schedule throughout the year.

From a logistical perspective, we were very happy with the arrangements made by the ACF, with food and water provided on time, and we appreciated that. We also enjoyed the Banquet, and the way ACF presented everything that evening, made it a memorable one for all of us. So thank you for organizing an awesome evening with the great former West Indies Test players in attendance.”

Retired Indian Army Brigadier Sudhir Kumar who attended the final at the picturesque Silver Star Ground, said, “My heartiest felicitations to ACF and its team for organizing a flawless Cricket Tournament at Orlando. It is one more step towards promoting the game in the US. You are giving yeoman service of which we all are very proud. We stand with you in your endeavors.

Spectators to the finale event Sundeep and Madhu Bansal, summed up the championship final as, “The event was well organized. It was a fun day for all of us and meeting the West Indies legends was the cherry on the top. ACF, again, smashed the ball over the boundary! 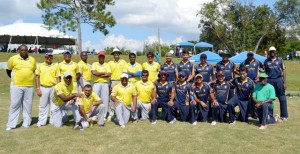